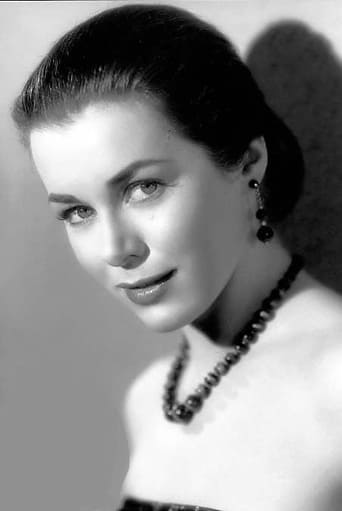 From Wikipedia, the free encyclopedia. Marianne Koch (born August 19, 1931 in Munich) is a retired German actress of the 1950s and 1960s, best known for her appearances in spaghetti westerns and adventure films of the 1960s. She later worked as a television host and as a physician. Between 1950 and 1971, Koch appeared in more than 65 films. In the haunting 1954 espionage thriller Night People she starred alongside Gregory Peck. Sergio Leone's 1964 production A Fistful of Dollars showcased her alongside Clint Eastwood as a civilian tormented by ruthless local gangsters, torn between her husband and child and the villains. In Germany she was probably best-loved for her many years of participation in the highly popular TV game show Was bin ich which ran from the 1950s until 1988 and achieved ratings of up to 75% at its peak. In 1971, she resumed the medical studies she had broken off in the early 1950s to become an actress. She got her MD in 1974 and practiced medicine until 1997 as a specialist in Munich. In 1976, she was one of the initial hosts of Germany's pioneering talk show 3 nach 9 [Three After Nine], for which she was awarded one of the most prestigious awards of the German television industry, the Grimme Preis. She also hosted other television shows and had a medical advice program on radio. In 1953, she married the physician Gerhard Freund, with whom she has two sons. The marriage ended in 1973 after Freund began an affair with Miss World 1956, Petra Schürmann, whom he later wed. Marianne Koch is in a relationship with the publicist Peter Hamm since the mid 1980s. Description above from the Wikipedia article Marianne Koch, licensed under CC-BY-SA, full list of contributors on Wikipedia​