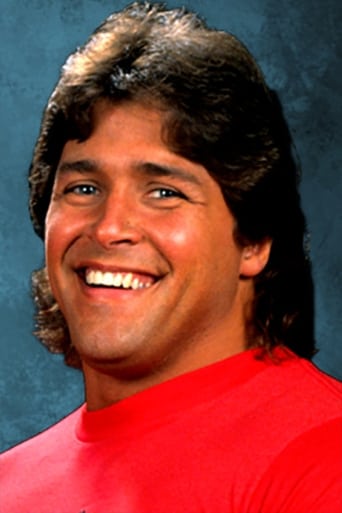 is an American retired professional wrestler, better known by the ring name Jim Powers. He is best known for his appearances with the World Wrestling Federation from 1987 to 1994. Manley was born in Washington Heights, Manhattan and grew up watching wrestling at Madison Square Garden. Jim Powers returned to wrestling for an independent promoter on March 9, 2007. Since returning to wrestling, Powers has wrestled for several independent based organizations and has appeared, pairing back up with Young Stallions partner Paul Roma, at several wrestling fan fests meeting his fans and signing their autographs. In 2007, Powers was contacted by WWE to be a part of their developmental territory and train wrestlers there. Despite meeting face-to-face with WWE booker, John Laurinaitis, Powers never received a contract with the promotion. Powers said in recent interviews that he almost left his then-current job to work with the WWE, and also said Laurinaitis told him there weren't any places available in the developmental territories, but would call him if there was one. Powers said Laurinaitis repeated this so many times he didn't believe him anymore. On November 15, 2008 he defeated Johnny LeDoux at FCW Broken Bones 2008. He then embarked on the Wrestling Legends Tour 2009, facing Joe E. Legend and Tatanka in March 2009. After a fourteen-year absence (he had appeared on several shows in 1995), Powers rejoined NWA New Jersey. Teaming with Danny Inferno as the tag-team Fire Power, the duo defeated The Spirit Squad (Kenny Dykstra and Mike Mondo) to win the NWA New Jersey Tag-Team Championship. Powers final appearances came at "IWF Winter Warfare" for the Independent Wrestling Federation. His last match saw him team with Chachi to defeat Chris Steeler & Damian Adams on January 23, 2010 in West Paterson, New Jersey On February 3, 2010, Powers announced his retirement. In 2012, Powers was hospitalized, and had two hip surgeries. In July 2016, Manley was named part of a class action lawsuit filed against WWE which alleged that wrestlers incurred traumatic brain injuries during their tenure and that the company concealed the risks of injury. The suit is litigated by attorney Konstantine Kyros, who has been involved in a number of other lawsuits against WWE. US District Judge Vanessa Lynne Bryant dismissed the lawsuit in September 2018. Powers has been a resident of East Rutherford, New Jersey.