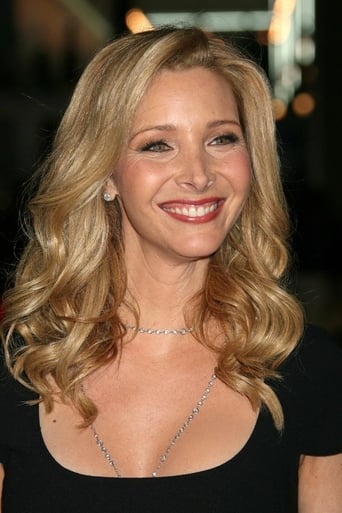 Lisa Valerie Kudrow-Stern is an American actress, best known for her role as Phoebe Buffay in the television sitcom Friends, for which she received many accolades including an Emmy Award and two Screen Actors Guild Awards. While starring in Friends, Kudrow also appeared in 1999's comedy film Analyze This, directed by Harold Ramis, as well as its 2002 sequel Analyze That. Kudrow has also appeared in several comedy films, notably playing Michele Weinberger in Romy and Michele's High School Reunion, and after Friends had ended, Kudrow featured in the 2009 feature film Bandslam as the character Karen Burton. She has also appeared in the comedies P.S. I Love You and Hotel For Dogs. On May 27, 1995, Kudrow became the first "Friend" to marry when she wed Michel Stern, a French advertising executive. They have one son, Julian Murray (born May 7, 1998), and live near Beverly Hills, California.  Kudrow's pregnancy was written into Friends with her character Phoebe having triplets as a surrogate parent for her brother and his wife because they were not able to have children. Description above from the Wikipedia article Lisa Kudrow, licensed under CC-BY-SA, full list of contributors on Wikipedia.