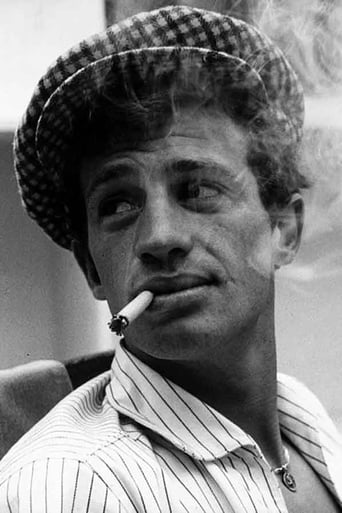 Jean-Paul Belmondo (born 9 April 1933) is a French actor initially associated with the New Wave of the 1960s. Born in Neuilly-sur-Seine, Hauts-de-Seine, west of Paris, Belmondo did not perform well in school, but developed a passion for boxing and football. Belmondo made his amateur boxing debut on 10 May 1949 in Paris, France, when he knocked out Rene DesMarais in one round. Belmondo's boxing career was undefeated, but brief. He won three straight first round knockout victories from 1949 to 1950. His breakthrough role was in Jean-Luc Godard's Breathless (1960), which made him a major figure in the French New Wave. Later he acted in Jean-Pierre Melville's philosophical movie Leon Morin, Priest (1961) and in Melville's film noir crime film The Fingerman (Le Doulos, 1963) and Godard again with Pierrot le fou (1965). With That Man From Rio (1965) he switched to commercial, mainstream productions, mainly comedies and action films but did appear in the title role of Alain Resnais' masterpiece Stavisky (1974), which some critics regard as Belmondo's finest performance. Until the mid-1980s, when he ceased to be one of France's biggest box-office stars, Belmondo's typical characters were either dashing adventurers or more cynical heroes. As he grew older, Belmondo preferred concentrating on his stage work, where he encountered success. He suffered a stroke in 2001 and had since been absent from the stage and the screen until 2009 when he appeared in Un homme et son chien (A man and his dog). Description above from the Wikipedia article Jean-Paul Belmondo, licensed under CC-BY-SA, full list of contributors on Wikipedia.