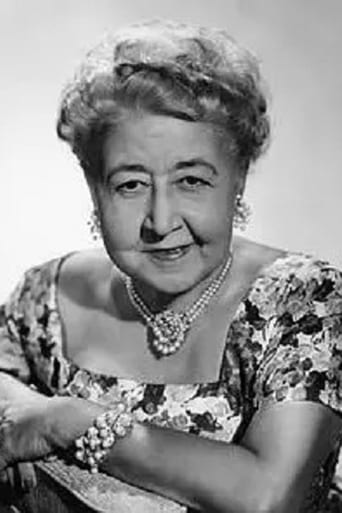 From Wikipedia, the free encyclopedia. Verna Felton (July 20, 1890 – December 14, 1966) was an American character actress who was best-known for providing many female voices in numerous Disney animated films, as well as voicing Fred Flintstone's mother-in-law Pearl Slaghoople for Hanna-Barbera. Her film appearances during the 1940s included If I Had My Way (1940), Girls of the Big House (1945) and The Fuller Brush Man (1948). She was much in demand as a movie character actress during the early 1950s, including Buccaneer's Girl (1950) Belles on Their Toes (1952) Don't Bother to Knock (1952) and her memorable supporting role of Mrs. Potts in the film of William Inge's Picnic (1956). She was also known for her distinctive husky voice and no-nonsense attitude. Description above from the Wikipedia article Verna Felton, licensed under CC-BY-SA, full list of contributors on Wikipedia.