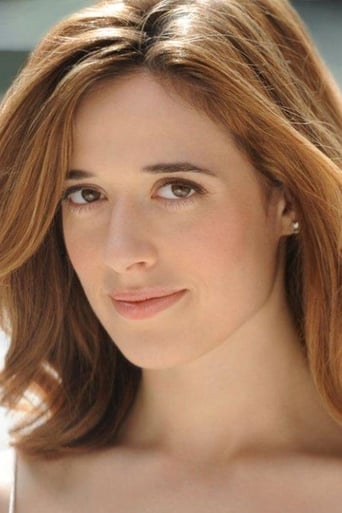 From Wikipedia, the free encyclopedia. Marina Teresa Squerciati is an American actress. She currently appears as a regular in Chicago P.D. as Officer Kim Burgess. Personal life Squerciati grew up in New York. She currently resides in Chicago. She graduated from Northwestern University in 2003 with a BA in Theater. Career Theater work For her work in theater, Squerciati won the prestigious Agnes Moorehead Award for her performance as Judy Holliday in the off-Broadway play Just in Time: The Judy Holliday Story at the Lucille Lortel Theatre. Squerciati made her Broadway debut in an adaptation of Ernst Lubitsch's To Be or Not to Be, directed by Tony Award winner Casey Nicholaw. Off-Broadway, she starred in Manipulation, Beauty of the Father and others. Squerciati created the role of "Kerri Taylor" in the a cappella musical comedy Perfect Harmony, and was a member of The Essentials. Film and television In 1993, Squerciati appeared in The Nutcracker, directed by Emile Ardolino. She made her feature film debut in It's Complicated in 2009. In 2012, she appeared in the films Alter Egos and Frances Ha. She also starred in the indie film Sparks based on the critically acclaimed comic SPARKS by William Katt. Her television debut was on Law & Order: Criminal Intent in 2009. After appearing in guest roles on The Good Wife, Damages, Blue Bloods and Law & Order: Special Victims Unit in 2010 and 2011, she gained attention in the fall of 2011 in an 8-episode arc on the fifth season of Gossip Girl. In 2013 she guest starred on the FX series The Americans as a Russian spy. In August 2013, it was announced that Squerciati had been cast in the Chicago Fire spin-off Chicago P.D..  The show premiered on January 8, 2014.