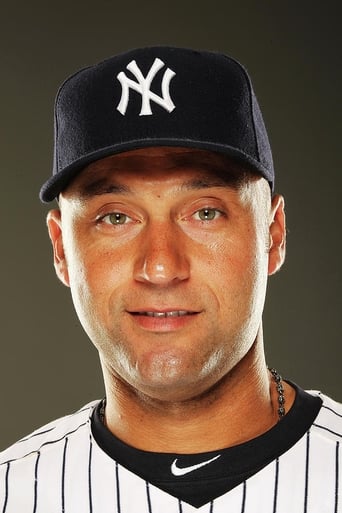 From Wikipedia, the free encyclopedia. Derek Sanderson Jeter (born June 26, 1974) is a Major League Baseball (MLB) shortstop who has played his entire career for the New York Yankees. He has served as the Yankees' team captain since 2003. Jeter's presence in the Yankees' lineup, highlighted by his hitting prowess, played an instrumental role in the team's late 1990s dynasty. Jeter debuted in the Major Leagues in 1995, and the following year he won the Rookie of the Year Award and helped the Yankees win the 1996 World Series. Jeter was also a member of championship-winning teams in 1998, 1999, 2000, and 2009. In 2000, Jeter became the only player in history to win both the All-Star Game MVP Award and the World Series MVP Award in the same year. He has been selected as an All-Star eleven times, won the Silver Slugger award four times, and he has won the Gold Glove award on five occasions. He is regarded as a consummate professional, by teammates and opponents alike, and has a reputation as a reliable contributor in the postseason. Jeter is considered to be one of the best players of his generation. He is the all-time hits leader among shortstops and his .317 career batting average through the 2009 season ranks as the fifth-highest among active players. He has been among the American League (AL) leaders in hits and runs scored for the past ten years. He is the all-time Yankees hit leader, having passed Hall of Fame member Lou Gehrig in 2009. Description above from the Wikipedia article Derek Jeter, licensed under CC-BY-SA, full list of contributors on Wikipedia